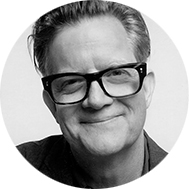 Through the convergence of simulation and storytelling, designer Alex McDowell proposes a new approach to education and planning for an unpredictable future.

Come along as McDowell guides us through a “deep dive” into the design process and end user experience of this virtual city of the future, witnessing its evolution as it develops over a 50-year horizon.

Floating City represents a bold step in the technology of narrative and media experience, finding answers by provoking a whole new set of questions and illuminating the future of civil engineering. 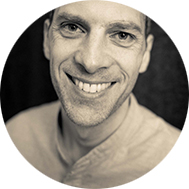 David Mead is here to share some ideas about the infinite game of business and how we can learn to play and lead with an infinite mindset. David joined Simon Sinek’s team in 2009. Since that time, he has loved sharing Simon’s powerful concepts including The Golden Circle, the Circle of Safety and most recently The Infinite Game. These are ideas that are rooted in our natural human tendencies. Ideas that often speak to what we feel, but struggle to articulate. Ideas that change people’s perceptions about business, leadership and culture.

He has presented these simple, inspiring ideas on 5 continents to over 250 organizations in a wide range of industries such as athletics, technology, retail, healthcare, finance, government and hospitality.

David is the co-author of Find Your Why, a practical guide for discovering the WHY of an individual, team or organization.

Army Major Lisa Jaster is a soldier, an engineer, a wife and mother, and a trailblazer. One of only three women to graduate from the first integrated United States Army Ranger program—one of the most difficult combat training courses in the world—Lisa was the first female Army Reserve officer to become a Ranger. She completed the training, which 36 percent of male and female students fail within the first four days, after refusing to succumb to exhaustion and repeatedly “recycling” through, or retrying, several phases of the multi-locational course. Lisa endured the training, which takes a minimum of 61 days and includes up to 20 hours of training per day alongside a strict diet, for a grueling six months. She graduated at age 37, while the average trainee age is 23.

Lisa, an avid marathoner and CrossFit fanatic, has a hard won understanding of the importance of perseverance, as well as a deeply ingrained respect for camaraderie stemming from a seven-year-long active duty career (including tours in Iraq and Afghanistan). Lisa faced difficult moments throughout her Ranger training, and cites the day two other women in the program advanced ahead of her to become the first and second female Rangers as especially trying. But according to Lisa, “There is no quitting.” Throughout her training, she drew strength from her family, keeping pictures of her two young children with husband Marine Lt. Col. Allan Jaster in her pocket and stealing glances between training assignments. With her contagious, energetic personality, Lisa delivers emotional speeches that share key takeaways from her time in the best leadership and operational training course the Army has to offer.

Prior to receiving her Ranger tab, Lisa worked as an engineer with Shell Oil in Houston and an Army Reserve individual mobilization augmentee with the U.S. Army Corps of Engineers. Lisa initially was commissioned in the Army in 2000 after graduating from the prestigious United States Military Academy at West Point, and returned to the reserves in 2012 after a 5 year hiatus from serving. She volunteered for combat training when she discovered the Army Ranger course was being opened to women for the first time in 60 years as a U.S. government experiment to see how women would fare in the notoriously brutal program.

Lisa is the recipient of numerous military accolades including the Bronze Star Medal and the Meritorious Service Medal.

Find sessions and speakers, connect with other attendees - get the mobile app! Download ASCE Events. The icon will be a blue vortex, with palm trees in the background iOS app |  Android app |  Mobile website